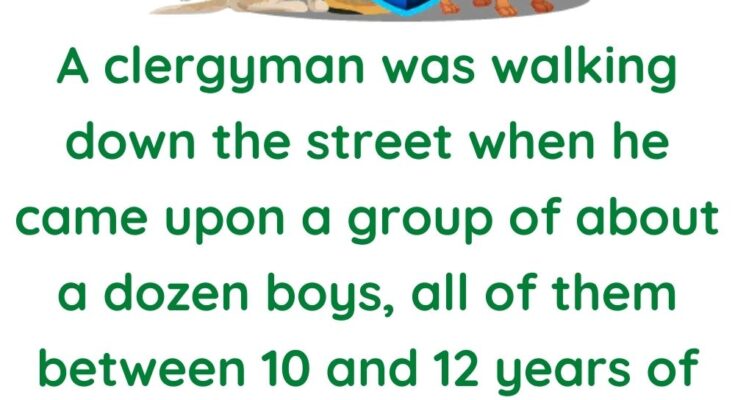 A clergyman was walking down the street when he came upon a group of about a dozen boys, all of them between 10 and 12 years of age.

The group surrounded a dog. Concerned the boys were hurting the dog, he went over and asked, “What are you doing with that dog?”

One of the boys replied, “This dog is just an old neighborhood stray.

We all want him, but only one of us can take him home.

So we’ve decided that whichever one of us can tell the biggest lie will get to keep the
dog.”

The reverend was taken aback.

“You boys shouldn’t be having a contest telling lies!” he exclaimed.

He then launched into a 10-minute sermon against lying, beginning, “Don’t you boys know it’s a sin to lie?” and ending with, “Why, when I was your age, I never told a lie.”

There was dead silence for about a minute.

Just as the reverend was beginning to think he’d gotten through to them, the smallest boy gave a deep sigh and said, “All right, give him the dog.” 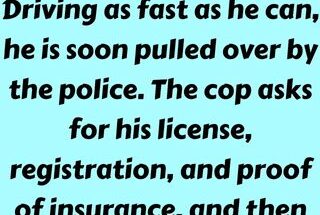 A circus performer is late to his next gig 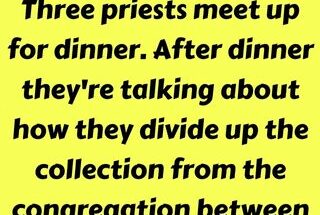 Three priests are talking after dinner 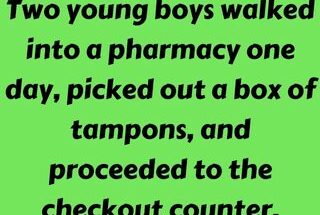