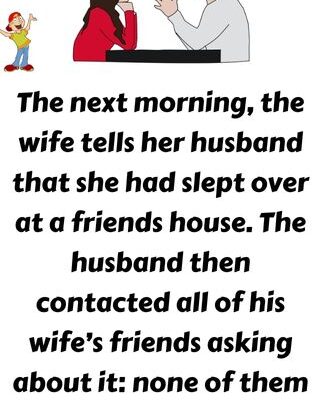 The next morning, the wife tells her husband that she had slept over at a friends house.

none of them said that she was staying the night.

Just like his wife, the next morning he tells her that he had slept over at a friends place.

and apparently the husband was at 8 houses,

2 of which said he was still there 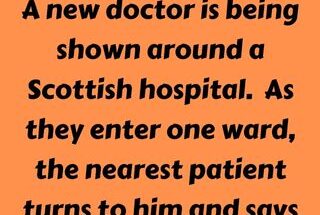 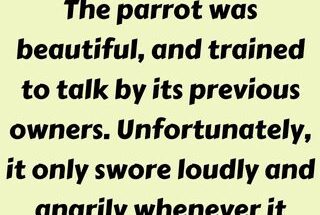 A man was once gifted a pet parrot