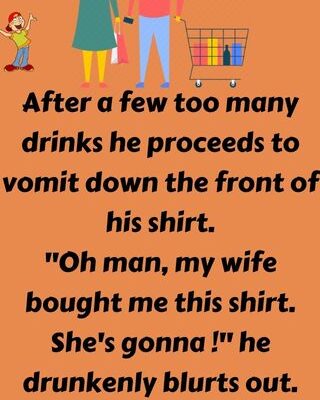 After a few too many drinks he proceeds to vomit down the front of his shirt.

“Oh man, my wife bought me this shirt. She’s gonna!” he drunkenly blurts out.

When you get home tell your wife you were walking into the bathroom when you bumped into another drunk who puked on you.

Then tell her he felt so bad about it he put $10 in your pocket to pay for the cleaning. Problem solved!”

The man arrives home to find his wife waiting for him in the living room. “

You son of a bitch! I should have known you’d get drunk and ruin such a nice shirt I spent good money on for you!”

Trying to keep his balance, the man slurs “Sweetheart it’s ok. I bumped into a guy coming out of the bathroom and HE puked on it.”

He then proceeds to pull the bill from his pocket and continues, “He felt so bad about it he gave me this $10 bill to pay for the cleaning.”

After a brief pause the man says, “Oh yeah…he shit in my pants too.” 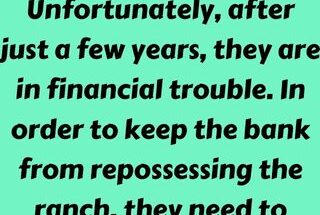 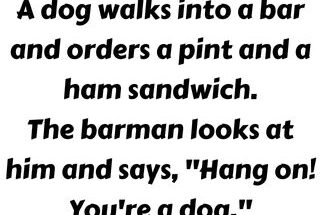 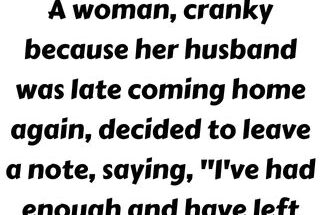