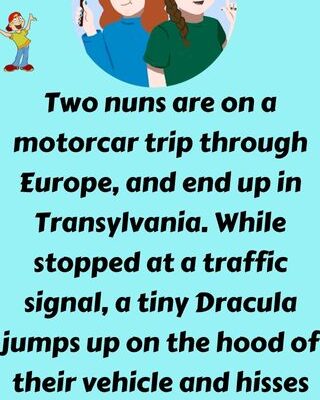 Two nuns are on a motorcar trip through Europe, and end up in Transylvania.

While stopped at a traffic signal, a tiny Dracula jumps up on the hood of their vehicle and hisses through the windshield.

“What should we do?” shrieks one nun as she panics and reaches for her Rosary beads.. “Turn on the wipers!

That will get rid of the abomination, Sister,” says the passenger nun.

The driver does so, and Dracula gets knocked around a bit but manages to hang on. “Use the washer,” shouts the passenger nun. “

I filled it with Holy Water while we were at the Vatican.”

The driver nun does so, but the tiny Dracula is still not dislodged and hisses through the windshield even more menacingly.

In desperation, the nun with all the ideas suggests,

Why didn’t I think of that?” She rolls down the window and screams out at the small creature, “Get the fk off our car, you little cksucker!” 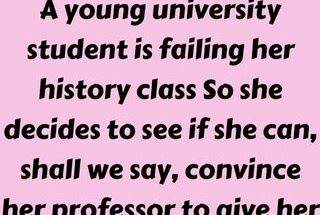 A young university student is failing her history class 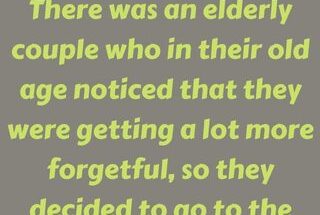 An elderly couple in their old age 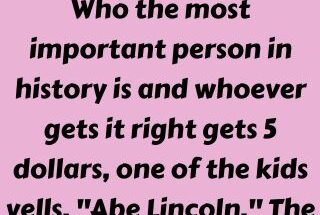 A teacher asked her kindergartens