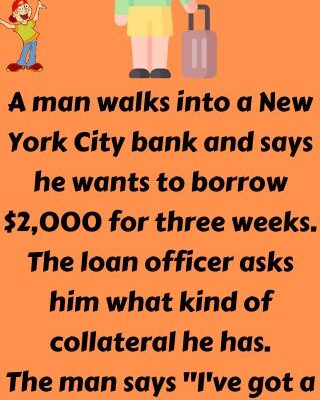 A man walks into a New York City bank and says he wants to borrow $2,000 for three weeks.

The loan officer asks him what kind of collateral he has.

The man says “I’ve got a Rolls Royce — keep it until the loan is paid off — here are the keys.”

The loan officer promptly has the car driven into the bank’s underground parking for safe keeping, and gives the man $2,000.

Three weeks later the man comes into the bank, pays back the $2,000 loan, plus $10 interest, and regains possession of the Rolls Royce.

The loan officer asks him, “Sir, if I may ask, why would a man who drives a Rolls Royce need to borrow two thousand dollars?”

The man answers, “I had to go to Europe for three weeks, and where else could I store a Rolls Royce for that long for ten dollars?” 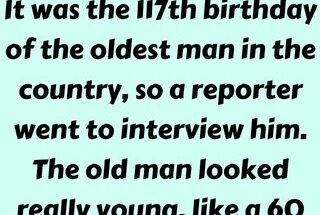 Oldest man in the country 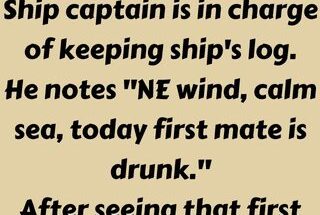 Ship captain is in charge of keeping ship’s log 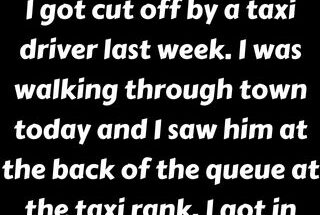